Stag beetles - all they need is love and wood

Mr stag - spotted in my garden this week (one of three males). This was the smallest though he is still 6cm long. I was forced to lob the largest one very gently over the fence to get him out of the clutches of my cat.
Nobody knows for sure how long it takes in the wild for a stag beetle to complete its life cycle, their life underground is very mysterious. Amazingly, probably takes 4 – 6 years! It is this single fact that ignited my interest in this special little beetle.

Each of their eggs hatches into a creamy coloured larva, looking like a fat, wrinkly grub with an orangey-brown head and six stubby legs. It has tough jaws for tearing up and chewing decaying wood. This type of food is not very nourishing, so it takes three to five years before the larva is ready to turn into a pupa! It is thought that the adult either eats tree sap or nothing at all (nothing! can you believe that!?).

The stag beetle is Britain's largest insect and unfortunately quite rare. The male is easily recognised because of his mouthparts which have evolved into enormous jaws, resembling the antlers on a stag's head.

Adult male stag beetles emerge in May or June, depending on the weather, followed shortly after by the females. The male has strong wings underneath the wing cases and he flies at dusk in search of females. The flight can be rather erratic and the beetle sometimes flies indoors through open windows or doors, attracted by the light - and sometimes he bumps into things and crash lands. The flight season lasts only until August and by the time winter arrives, all the adult beetles have died.

The stag beetle is one of the species chosen by the Government to be included in its Biodiversity Action Plan. You can help too: By leaving any tree stumps in your garden to rot down naturally, and by making a log pile. Go on... why be tidy when you can help breed this stunning endangered species.

... part of my 'loggery' where the stag beetles hatched
Posted by Purrfect Haven at 00:41

Welcome, it is lovely that you have found our blog. Leave a message and we will pop over to visit you too...

Purrfect Haven
This blog is about cats, a tortoise, thrifty ideas and finds, gardening, Nature and other lovely and sometimes surprising things. From here we all go gladly out to meet you and share a little of our world. Welcome. 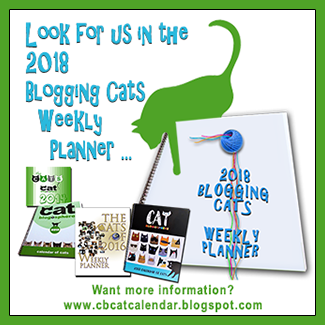 Lovely places to visit.. a little bit of everything

Darcy is a winner

We get our paws dirty! 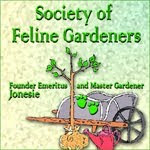 Liebster a German word for beloved. The award is to encourage readership of small, lovable blogs.

we bring you the UK seasons ... Spring, Summer, Autumn and now Winter

Two special cats and a tortoise live at haven

Feline brothers born on Valentines Day in 2009. Because of their special birthday they are 'leading male felines' and their names reflect their romantic hero status.

Loves: his face kissed, riding on shoulders, climbing, playing, meowing loudly for no apparent reason (would love to know all his reasons)

Loves: butter & Dreamies, being brushed, kneading laps, the curls on his tummy tickled, scratching doors and posts (especially at 5.00am) 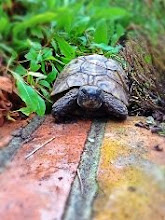 We believe Fred is in his late 80s! He loves climbing, basking in sun puddles, eating green beans and tomatoes. He can surprise you with his speed and loves to chase a gardener.

http://www.youtube.com/user/darcybing121-Check out videos about Darcy and Bingley

we are fans of Simon's cat